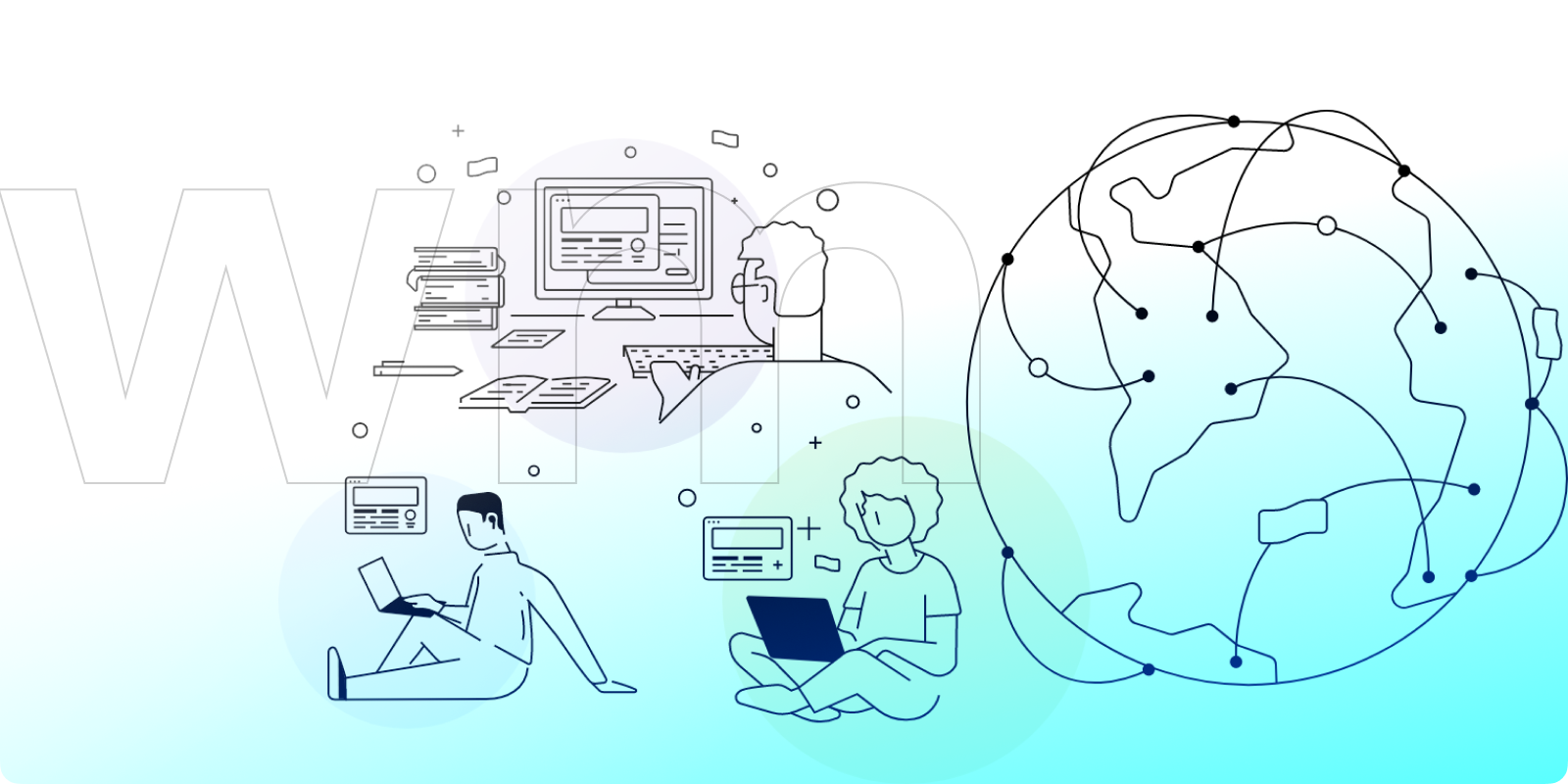 Puma remains true to its core as a payments and privacy-focused mobile browser while exploring emerging protocols and web3 innovations.

Our native support for Web Monetization via Coil is still one-of-a-kind. A year of exciting changes to the greater Web Monetization ecosystem means ripple effects for Puma and everyone else who falls under the Coil / Interledger umbrella.

Dive in with us as we highlight 2021’s top news from the world of Web Monetization, Interledger and Coil.

Coil is the main Web Monetization service provider, with Interledger powering much of the infrastructure needed to make it work. These two groups collaborate jointly on many fronts.

The Interledger Foundation was launched early this year, the first in a whirlwind of updates from the Coil/Interledger family. The new organization was formed to nurture global financial equity — especially in developing southern nations — by stewarding the use of the Interledger protocol to facilitate and enable browser-based micropayments.

Providing a path to financial inclusion for anyone with a web connection and focusing on developing regions which can most benefit from this empowerment is the foundation’s core mission. For developing regions where folks are just beginning to get online, tapping into an open payments network to realize even modest revenue from a blog post or YouTube video can make a huge difference in the quality of life.

The foundation notes there are currently 1.7 billion unbanked people in the world, and championing solutions like Mojaloop will be core to its work. Mojaloop is an open source project using Interledger to enable payments between multiple entities across separate payment networks. Making it “easier for nations to design open payments systems that loop in the unbanked,” is especially important for those who deal with a wide number of local currencies. A currency-agnostic protocol like Interledger is the key to making financial inclusion for the unbanked a reality, and Mojaloop is just one of the many projects The Interledger Foundation hopes to support in its mission.

In order to develop “better technological standards and new business models for the unbanked and creative economy,” the new foundation unites various entities within Coil and Interledger, while becoming the new home for Grant for the Web, a resource responsible for seeding much of the web monetization ecosystem. With its sights set on solving global inequality, The Interledger Foundation dropped another announcement soon after that outlined how the organization would go about it.

In May, Coil CEO and Interledger co-creator Stefan Thomas posted on Coil’s new blog (more on that ahead) announcing the new “All-in-one solution for Interledger wallets,” Rafiki.

The Rafiki project hopes to improve on what they’ve built with Interledger by adding several new features as requested by their user base and those in their inner circle . Currently, Interledger has one sole function: enabling users to receive payments. With Rafiki, they hope to expand and enable new features such as:

Just like Interledger presently works, they hope to make all of these features available via APIs, enabling programmers to build apps and innovate as they see fit, and without having to worry about implementing their own payment systems.

The announcement notes that one implication of this move is that with Rafiki, “a simple Web Monetization provider could be built by anyone”. This opens up the ecosystem for potential competitors to Coil, the current sole provider run by Thomas. Opening the door for your own competitors might seem like a strange move, but Thomas seems determined above all else to reform the payment structure of the web, even if it brings his company more competition.

Due to the resources necessary to develop Rafiki, developers and others have been pulled from existing projects. So along with the news of Rafiki came the news that Coil Blogs is being “sunsetted”. All existing blogs would need to go through a process of transfer to Write.As, a web monetized publishing platform, and would be given a few special perks for the trouble.

Grant for the Web

Aside from the move to its new home at the Interledger Foundation, several big announcements and updates have come from the folks at Grant for the Web in 2021. First, the grant announced their second cohort of grantees. Roughly one year after their first round of grants, GftW dished out awards between $10,000-100,000 to 24 recipients from across the globe. Projects were as diverse as the recipients, from Indian dialect research to web comic platforms to experiments in funding investigative journalism among others.

You can read the full announcement here, along with the list of grantees and links to their projects. Congratulations to this impressive group of visionaries that are actively shaping the future web!

On the heels of the Successful Second Chance announcement, the grant announced their next public call for proposals. In it, they described their stated goal, which is to “fund innovation supporting openly-networked payments on the web using Interledger Protocol and the Web Monetization standard.”

The call announcement also includes details on requirements for proposals. Most importantly, the proposal must fit into one of four categories and include a new DEI component.

One of the primary goals of The Interledger Foundation is to bring opportunities to those who have been “deliberately excluded from opportunities around financial inclusion.” For those looking to submit a proposal, the announcement included an important new requirement.

Beginning in 2021, the grant has mandated that all funded projects have a Diversity, Equity and Inclusion (DEI) component. This requirement can be fulfilled in one of three ways, the details of which can be found on the announcement page.

Blogs are a natural choice for employing web monetization. Like gaming, people spend a good deal of time on-site, enjoying the content, which leads to increasing revenue. So it’s only natural that blogs have been some of the biggest adopters. Here we’ll take a look at some of the biggest blogs and platforms in the ecosystem.

Write.As scored a major win by taking in all of Coil’s user base, a process that is finally wrapping up at the tail end of 2021. The writing platform allows users to publish writing simply and easily, with a set of tools that differ across payment plans. A free tier allows for simple text and markup with no images, free hosting, and perks such as Coil-based micropayments. Paid tiers start at $6 and have a plethora of additional features.

Adoption among development bloggers has really taken off this year. This is due to the way that big platforms like Dev.To and Hashnode have implemented easy ways for their users to publish content using Web Monetization.

Dev.to became Web Monetized in June of 2020, with an announcement post prior to the Grant for the Web x DEV Hackathon. In it, Peter Kim Frank announced that not only has DEV become web monetized, but their users can enable a payment pointer and monetize their own content on the site.

Also in the summer of 2020, Hashnode became web monetized. And in a similar manner to DEV, Hashnode allows users to enter a payment pointer and then publish web monetized content on the site. The process is quite streamlined, and for those new to Hashnode or web monetization, GftW ambassador Akintunde Sultan has provided a great guide to getting started with both that you can read here.

Web Monetization has become an increasingly popular way of monetizing hyper-casual, browser-based games over the past few years. This shift has been spearheaded by a handful of gaming organizations. Here, we’re going to dive into them and, along the way, link to some of the best Web Monetized games on the web.

JS13kGames, a yearly competition run by Andrzej Mazur, has been a big source of evangelizing the virtues of Web Monetization. Mazur began a “Web Monetization” category for the competition in 2019, and the third event featuring the category just wrapped up in September. JS13K Games is a competition for “hyper-casual” HTML5 games with the restriction that the size of games submitted must be under 13 kilobytes in size. Each year has its own unique theme, and this year we had the category “Space”. Just like previous years, to enter into the Web Monetization category, the developer must simply add a payment pointer to their game. Very simple!

Though games can and often do incorporate features for Web Monetized users, it is not required, though it likely did help gain the approval of the judges. Speaking of, Puma’s founder, Yuriy Dybskiywas one of the judges for the Web Monetization category!

The competition began on August 13 and ended a month later. Mazur has since posted on the js13kGames blog, announcing the winners of the “Web Monetization” category, and also provided a nice overview of the top 5 entries. The full list of entries in this category can be viewed (and enjoyed) here.

Enclave Games has had a busy first half of the year. After a long period of silence, the indie game studio, run by the very busy Andrzej Mazur, announced not one but two new games, one after the other, and both including new experiments in Web Monetization.

Back in May, they announced their resurrected game Body Guard, a virus fighting game that developer Andrzej Mazur felt was in need of release considering our current global virus situation. The game, which had originally been developed during Global Game Jam 2018, was finished by Mazur more recently and released in May, making it Enclave’s first release since Flood Escape, released four years prior.

In addition to allowing you to virtually fight COVID-19, Body Guard allows players to send money toward a good cause while enjoying the game. As musicians have been particularly impacted by the pandemic, Enclave decided to share its revenue from Body Guard with fellow grant recipient Artist Rescue Trust (ART), who “provide support to musicians and artists affected by the pandemic.”

To accomplish this, Mazur implemented a feature that allows for probabilistic revenue sharing via web monetization. The full details, including code snippets, can be found on the announcement page, but for the layperson, this boils down to the following: Coil users playing Body Guard will have a 40% chance of receiving ART as their payment pointers, a 30% chance of receiving Enclave, and a 30% chance of Phaser (the HTML5 game framework with which Body Guard was built).

See You Tomorrow for Part 3

This train ain’t stopping until all four parts are released! Tomorrow we’ll look back on the Puma content you loved most. ‘Til then, you can join the Puma community on Discord, follow us on Twitter, and tell your friends and family about our apps for Android and iOS.

🥂 This week, we’re proud to share the Puma 2021 Year in Review: a four-part series encompassing the top developments in the web monetization jungle and Puma Browser’s dynamic role in this emerging ecosystem. Catch up on Part 1: Protocols + Partners here.